skip to main | skip to sidebar

The rantings and ramblings of Kimberly Allison

2 ml Can Change Your World


It's been a very long time since my last blog post.  I confess it.  A "beat-me-with-a-wet-noodle-for-I-have-sinned" amount of time.  But, once you read this, you will understand why.

Take a long moment to allow that to sink in. A LONG moment.

Imagine eagerly looking into a computer screen waiting to see your German heritage or your Cherokee roots only to find... they are not there.  Neither are the surnames that are connected with your family line.  Confused, you delve a bit deeper and find the names are not at all what you expect.  The pie-chart on your heritage page is funny looking.  You see Irish and English.  OK, you know this is your mother's side.  But what is this Spanish / Iberian / Native American / Sub-Saharan African?

Congratulations.  You have discovered what genealogy circles call a "Non-Paternity Event".  Just a fancy way of saying 'Who's Your Daddy'.

As DNA testing becomes more affordable and more commonplace, this will happen more and more frequently.  People just like me will discover that a part of them is not only missing, it is completely unknown.  Perhaps through a torrid affair or a one-night stand.  If the mother is lucky, her newest child will blend in with the family and no one will be the wiser.  But what if that child does not blend in?  What if that child is a dark-haired, brown eyed Intellectual / Artist with a yen for the Big City who is trying to blend into a family of blue-eyed blondes who prefer fishing and living off the grid?
What is the mother finds it nearly impossible to hug or touch that child?  Or if that child is always posed off to the far edge in family photographs?

I am sure you have already guessed what is coming.  Last year, I took a DNA Test from 23andme.  I was curious to see that 'Cherokee' heritage I have always been told that courses through my veins.  But instead, I have learned that my blood holds the ancient lines of Mayan people and Spanish Conquistadors.  My blood also contains the blood and sweat of slaves held against their will on the sugar plantations of Jamaica.   It also labels me the "family secret".

No,  The reveal did not go over well.  I discovered that I was not an unknown surprise, but rather tangled in a web of carefully-constructed lies, held together with blackmail and threats.  50 years into this, I am sure my Mother thought she had succeeded in taking her secret to the grave, since she is in the home stretch.  She never would have imagined that advances in technology could cause cracks to appear in her Crystal Palace, and a single drop of saliva could cause it to come tumbling down.

My Maternal family formed a wall of unity.  They didn't think it would harm anyone is I just ignored the results and continued the charade.  And heritage and history didn't mean that much anyway.  Just step away from the DNA test and resume your position at the edge of the family photo.

But I had a BIG PROBLEM with that.  Monumental, really.

To deny my heritage and to pretend I was 'one of them' would be to announce that I was ASHAMED of the very act of being conceived, and no child, under any circumstances or of any age should be made to feel that way.  All I had to do was look at my three sons and make my decision.  I refuse to be ashamed of who I am.  I threw the entire system into meltdown.  It was insisted that I apologize for demanding to know who my father was.  I refused.  I was told that I was worthless but I would not back down.  In the end, my sons and I were disowned by my maternal family.  Simply for wanting to know who we are.

Ok, you can take a deep breath now.  The story does not end there. Remember those cousins I told you about?  Literally, all of us have THOUSANDS of them!  Don't believe me?  Take this into account: 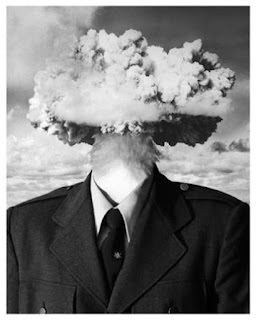 So, yes, you have a few cousins.  People that share your DNA.  Maybe even a few that share your eye color and your penchant for heavy metal music. And me?  I was eager to introduce myself to as many as I could.  Some of them couldn't have cared less... but others were as happy to meet me as I was to meet them.  A virtual family reunion!

But most amazing of all was my cousins from Costa Rica.  Literally dozens of them. As an Oregon Girl whose Spanish skills end at asking where the bathroom is located, this was quite the discovery.  I was incredibly naive.  So much so, I even had to verify from one cousin that Spanish was the National Language.  (Hey, Brazil speaks Portuguese so don't judge.)

Before I knew it, I was sucked into the world of genealogy and hunting for family.  Some more wonderful cousins came to my rescue and helped me learn to read charts and find connections.  I learned how to build a family tree.  Before I knew it, after only 3 months of intense work, I had narrowed my paternal line down to 6 Costa Rican brothers from a Jamaican father.  I had located my Great-Grandfather and my Grandfather.  I was one step closer to learning who I was. 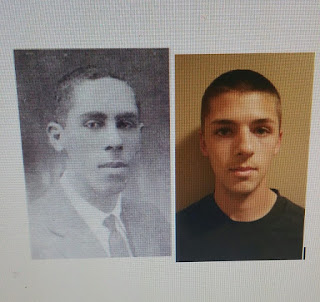 My middle son alongside his Great-Great Grandfather


For as long as I can remember, I have adored writing.  I love the idea of painting pictures in your mind using only words.  I have been told "You would be a great author!  You need to write a book!" Just one tiny problem... I had no idea about what  Now.... I know.  My own life has revealed the most incredible story plot ever.  I am now writing my very first book.

I'll keep you posted when and where it is published.